keep updated in the world of Debris

I had an odd experience today. I took my son over to the local hospital for his follow-up chest x-ray. It’s been just over a month since he was discharged from the hospital, and you’d never know he was even sick, let alone hospitalized for pneumonia. Kids bounce back. Their insides are all rubber ball and elastic bands it seems.

Anyway, I took him 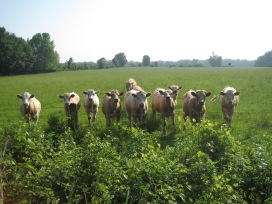 to our small town hospital. No appointment necessary – our doctor referral in hand was all we needed. By the time we parked, walked in, waited, got the x-ray and got back to our car, it was a total of twenty-five minutes. Who says rural perks stop at the scenery and free corn?

The bit I want to talk about though is the ten-minute wait we had. Something quite alarming happened. Sam and I walked in, took a number (isn’t that funny?) and went to sit down. Before our butts hit the chair though, the young man across from us – who looked about twenty years old – piped up.

“What are you getting x-rayed?” he asked.

“What are you here for?” he asked.

I was taken aback, but so startled by both the inappropriateness and naivety of this young guy who did not look at all like he was playing with less than a full deck, that I answered. “Chest x-ray.”

This time Sam piped up. “Pneumonia.”

“Oh. That’s too bad. I broke my finger snowboarding,” the guy held up his bandaged pinky finger. “My doctor wants me to get it checked out again.”

“Yup. I love it. Haven’t stopped even with this,” and up the finger goes again.

I found this odd, especially because there was three other people waiting. Within our conversation two of them had been called into the other room and a new set of patients was coming in. It happened to be two grown men pushing a very fragile looking older woman (presumably mom) in a wheelchair. She had a scarf covering a her head – no hair, no eyebrows. She looked very sick, the men looked very tired. They wheeled her towards the back of the wait room and almost had butt-in-chair when the broken snowboarder piped up.

“What are you here for?”

Both men and the elderly women looked over at him, surprised, but stayed silent.

“Are you getting x-rayed?” He seemed to not notice the snub, and just waited patiently for them to answer.

“Oh. What happened to your leg?”

I (along the with rest of the room) looked over to the man and the leg in question. He had a prosthetic – which wasn’t all that apparent until you saw his ankle leading into his shoe. I cringed. The room cringed. Had this kid no shame?

“Oh. I think I’ve seen you running downtown. Do you run downtown?”

Then something surreal happened. In this moment where the room was tensed with the blatant inappropriateness of this man’s questioning, things shifted. The man with the prosthetic started talking about how he learned to run when he was a kid because he was always tormenting his brother, who would fly into a rage and beat him amongst the head. He was laughing, the older brother was laughing, the mother was laughing, the snowboarder was laughing, and the rest of the waiting patients – myself included – were laughing as he talked about the “crazy eyes” his brother would get before chasing him around like a maniac.

The snowboarder’s number got called, and everyone wished him good luck. Someone told him to be safe on the slopes. Off he went, this instigator of inappropriate conversation, who somehow got a room of strangers laughing and sharing stories. Ten minutes later when our number was called, the room was still a buzz with conversation between strangers. Long after the random snowboarder left the building, he left an energy that warmed the room.

How odd. How interestingly, amusingly, wonderfully odd. There’s a lesson to be learned in this, though I’m not sure I’ve processed it enough yet to know what the lesson is. Thoughts? Give me your best shot at what today should teach me, and by the recounting – my readers too. What is the lesson? 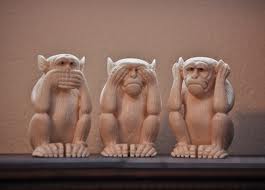 28 Responses to “How inappropriate!”